Davido to meet with Inspector General of Police Today. 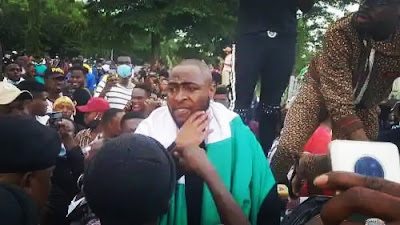 Davido is supposed to present the requests of young Nigerians demonstrating against police violence at the meeting today.

The boss of the DMW has been outspoken regarding Nigeria’s mass movement toward police brutality. On Sunday, he joined the Abuja protesters and obtained the release of some of the demonstrators in police custody.

RELATED  List of School of Health Technology in Kaduna State

Davido to meet with Inspector General of Police Today and discuss how to put an end to police brutality.

Nevertheless, IGP Adamu had previously declared the dissolution of SARS, after days of online and offline demonstrations.

But in their requests to end police violence in all ways and hold corrupt officers accountable, Nigerian youths promised to keep marching.

Young Nigerians are demanding the release of all detained demonstrators, as well as good justice for all victims of police brutality.