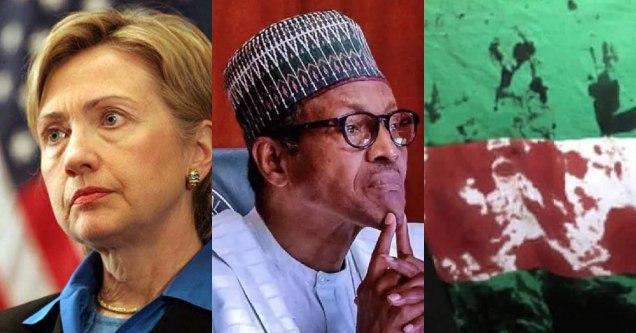 Recall that on Tuesday night, shortly after Governor Babjide Sanwo-Olu announced a 24-hour curfew, the #EndSARS protesters who were at the Lekki Toll Gate in Lagos were shot at.
Read More: [Video] Buhari Exclusive Interview with Arise TV
The Protestant were shot with bullets, many were wounded while others were reported of Dead.
In response to recent developments, Hilary, the wife of former U.S. President Bill Clinton, called on President Buhari and the military to stop the killing of young protesters of #EndSARS.
Read More: Billionaire Femi Otedola has asked his daughter Temi when she would get married to her boyfriend Mr Eazi
With this, Clinton joins a growing list of international stars who have expressed support for the initiative and other VIPs.

“#StopNigeriaGovernment.”
The reactions have been pouring in, with many thanking her for lending her voice.