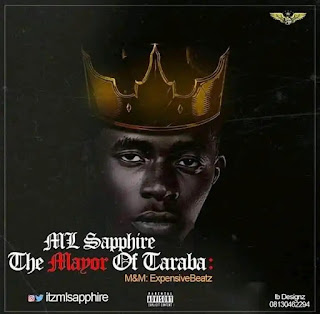 ML Sapphire drops just another spectacular single just after the release of his song “CALL” that had many streams and downloads from in and out of Taraba, Rap Merged alongside Afro Pop “The Mayor Of Taraba [TMOT]” starring his label mate Andee Bryt.

This song is produced by Expensive Beat who is the official producer of DTM.
Download and Enjoy This song.